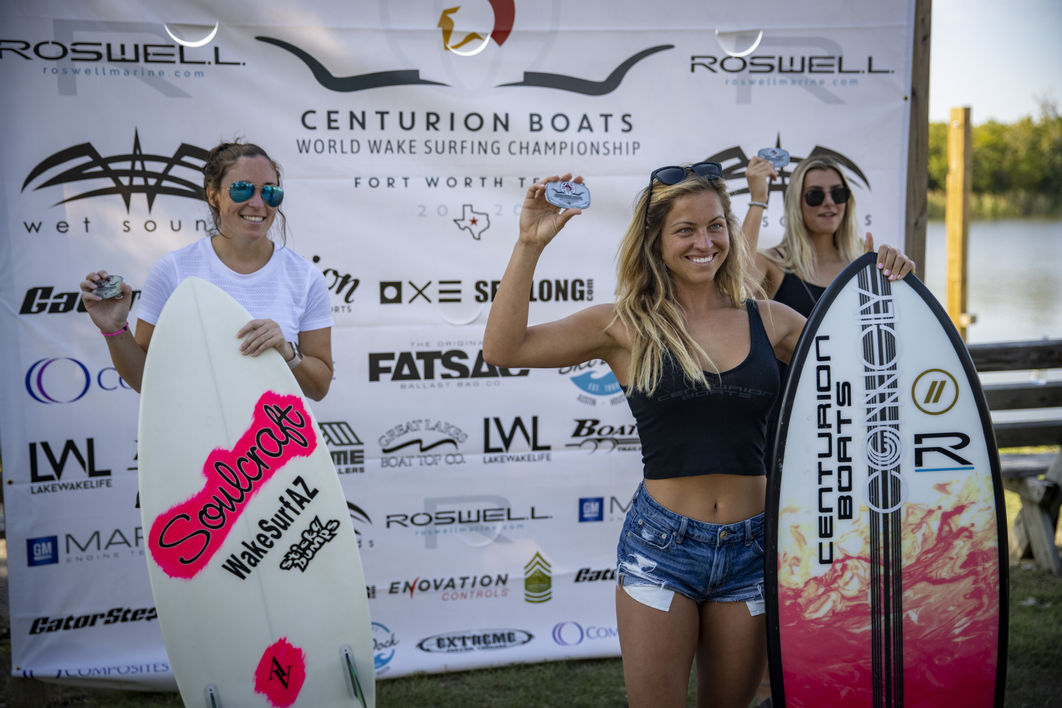 Ft Worth, Texas (October 6th, 2020) – The 2020 Centurion Boats World Wake Surfing Championships, presented by GM Marine, wrapped up this weekend with several very close final runs. After a windy day one on Thursday October 1st the weather began to calm down leaving perfect conditions for the rest of the weekend, at the end of it all the podiums were filled with Centurion Team riders.

In the Pro Men’s Surf division Keenan Flegel edged out fellow Centurion Teammate Conner Burns in a very close finals, Conner nailed his run and seemed to have the momentum headed into the podiums, but Keenan pulled off a come from behind victory securing his eighth World Championship win. Keenan was not the only former Pro Surf world champion to retake the crown, Ashley Kidd secured her fifth world championship with a close victory over last year’s winner Cassidy Gale.

Over on the Pro Men’s Skim side, River Valley Power rider Tyler Stewart and Centurion Boats Team rider Nick Parros dueled in a hotly contested finals round. Young Tyler edged out Nick for his first world title in his first-time riding pro at worlds. Both riders had an impressive showing finishing over two of the most decorated riders in the sport, Sean Silvera and Keenan Flegel. Two other Centurion family members took home first place finishes with Reed Cole-Tucker taking the win in the Amateur Men’s Skim division and Brian Solari in the Masters Men’s Skim division. Other Centurion riders to make the podium included Samuel Goncalves (2nd, Outlaw Men’s Surf) and Holly Allaire (3rd, Masters Female Skim).

See the rest of the podium results below and check the CWSA website for full results and scores.