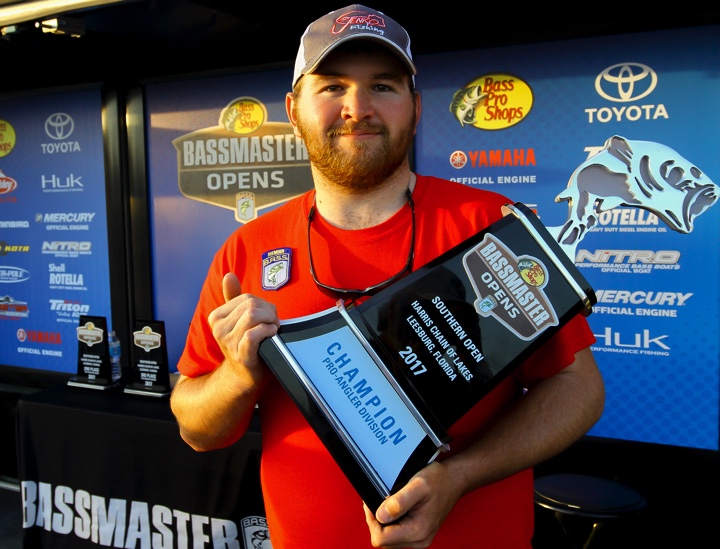 Wiggins has finished in the money in six of the seven Bass Angler Sportsman Society (B.A.S.S.) tournaments in which he’s competed – ending the year third overall in a stacked Southern Open field to qualify for the Elites. With three Top 12 B.A.S.S. finishes and two Elite Series tournaments under his belt by the time he gets to Conroe, savvy fishing fans expect him to turn some heads.

“We are impressed that Jesse qualified for the Elite Series on two occasions but waited to make the leap when he knew that he was ready,” said Bass Cat National Pro Staff manager Kevin Short. “Although he’s still in his mid-20s, he’s remarkably mature and seasoned.”

Bass Cat President Rick Pierce stated, “Jesse is probably one of the best kept secrets of all Alabama anglers.” Pierce added “He’s been flying under the radar for a while, but that shouldn’t last too much longer. We look forward to seeing him make an impression at the Classic and on tour. We’re extremely proud that he chose to fish out of a Bass Cat.”

Wiggins stated, “I chose the Puma FTD because is it rock solid and fast, but especially because it has a full deck.” He added, “A boat with a lot of deck fits the way that I fish. I’ve always admired the Bass Cat lineup across the board and I look forward to entering my rookie season with an exceptional platform under me.”