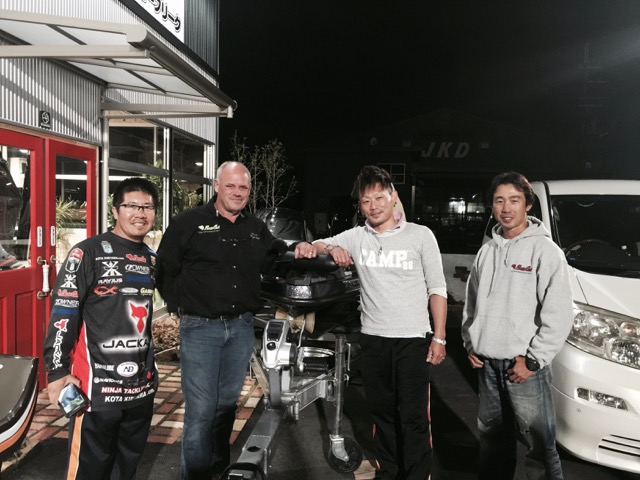 Established in 2008, Be Freek is located in Ogoto, Japan on Lake Biwa, the same lake where the co-world record bass was caught in 2009. Be Freek is the only bass boat dealership with a launch ramp in the same facility on all of Lake Biwa, the largest freshwater lake in Japan.

The open house, which hosted over 100 guests traveling from all across Japan, featured several local fishing guides from Lake Biwa. Also in attendance were Bass Cat President Rick Pierce and Japanese Sales Rep Kotaro Kiriyama, who were on hand to answer questions regarding boat construction techniques and performance expectations.

Pierce stated, “They have a wonderful showroom at Be Freek and the crowd was flowing through all day. We did scheduled product presentations for about 100 people that were very successful.” “The new Bass Cat owners I met were enthusiastic and I look forward to meeting many more in the future,” added Pierce.