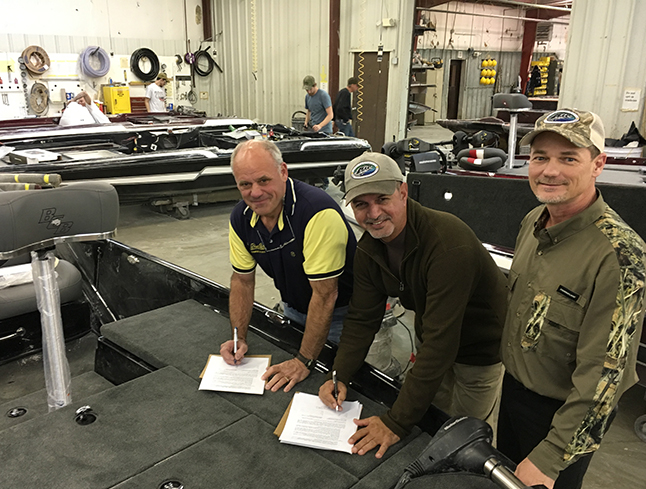 The Fishers of Men National Tournament Trail is a nonprofit, nondenominational ministry that introduces fishermen and their families to Christ through bass fishing tournaments. Offering both youth and adult team events, Fishers of Men hosts over 300 tournaments across the country each year.

Al Odom, Founder and National Director of Fishers of Men Ministries stated, “I’ve long admired the quality of Bass Cat boats since my first ride in one back in 1994. We are thrilled to be partnering with great people who share the same values we hold dear.”

As part of their sponsorship, Bass Cat will award one Cougar Advantage Elite with Trailer as the First Place Prize at the 2016 Fishers of Men National Championship; Second Place will receive one Bass Cat Margay. Additionally, Fishers of Men will raffle off a Bass Cat Cougar Advantage with Trailer as the Grand Prize in their 2016 National Fundraiser. For more information visit www.fomntt.com.

Rick Pierce, President of Bass Cat added, “We are pleased to be associated with Fishers of Men as we carry this to the next level. The goal of their series aligns with our culture and our shared beliefs. We look forward to a long and fruitful relationship.”