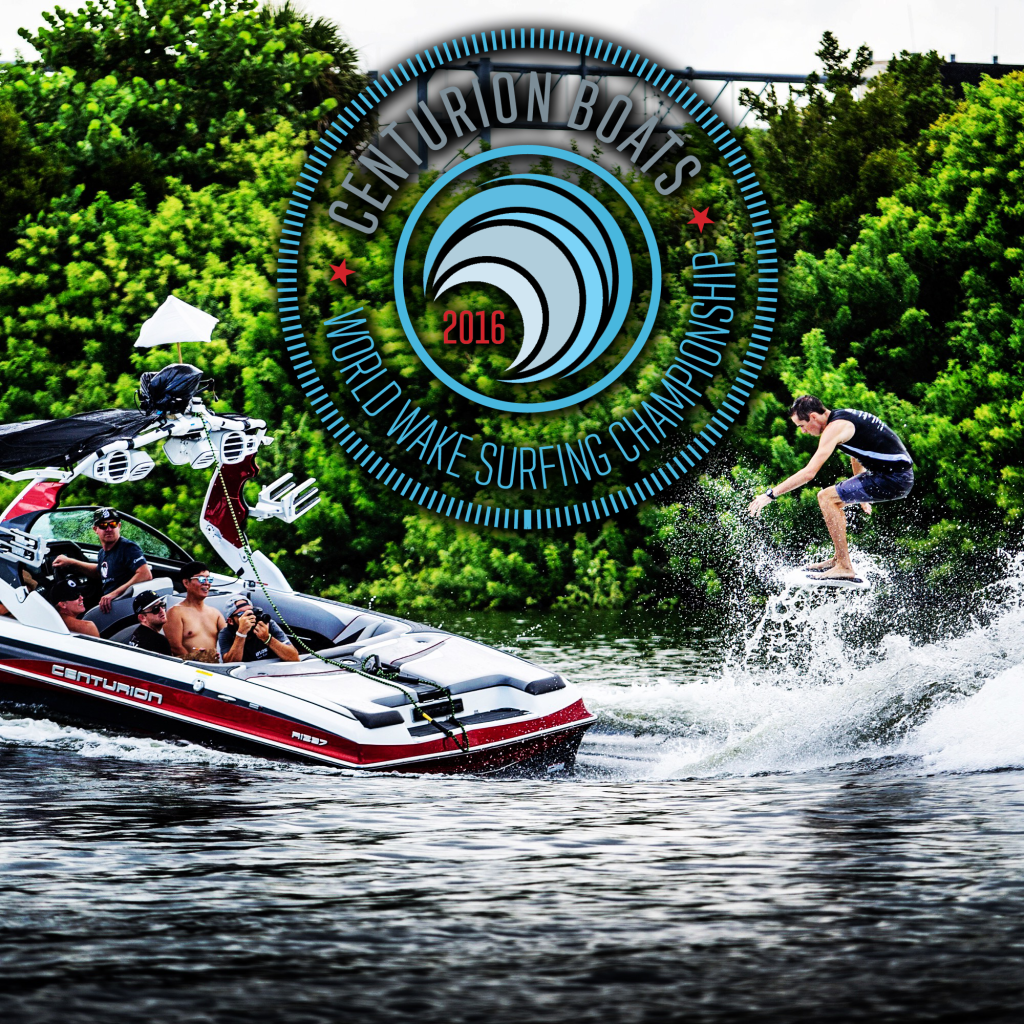 FORT LAUDERDALE, FL (September 24, 2016) – The second day of the 2016 Centurion World WakeSurfing Championships presented by GM Marine Engine Technology proved to be more exciting than the first. The wake was perfectly dialed in on the Centurion Ri237 powered by PCM, making for some great performances from all the athletes.

Paul Singer, Centurion & Supreme Boats President, said, “The list of personal bests behind the Centurion Ri237 made it to 19 today. Everyone seems to be elevating their game to World Championship levels. Finals is going to be extremely competitive on Saturday.”

Advancing to Finals in Masters Men’s Skim will be Eric Grindland, Danny Biebricher, Chris Bank, and Scott Culp. In the Masters Men’s Surf Semi-Finals Chris Bank and Brent Dorey advance out of Heat 1, while Kelly de Rivero and Matt Smith advance from Heat 2.

Cassidy Gale took a strong win in the Amateur Women’s Surf Final, with Claire Morgan and Zoey Montgomery rounding out the podium. The Amateur Men’s Skim Finals resulted in Augustin Dorgal barely edging out a win over Brian Scolari by only 0.3 points, with Phil Wilson taking third.

“Our Athlete Dinner after the second day of competition was a great time!” Singer continued, “It was wonderful for everyone to get together after such an amazing day. And wakeskater Matt Manzari provided the perfect end to the night by sharing his inspirational testimony and insight on how he is facing his challenges. Thank you Matt!”

Watch all of 2016 Wake Surf Worlds action live on http://www.wakesurfchampionships.com.

ABOUT GM MARINE: General Motors Co. (NYSE:GM, TSX: GMM) and its partners produce vehicles in 30 countries, and the company has leadership positions in the world’s largest and fastest-growing automotive markets. GM, its subsidiaries and joint venture entities sell vehicles under the Chevrolet, Cadillac, Baojun, Buick, GMC, Holden, Jiefang, Opel, Vauxhall and Wuling brands. More information on the company and its subsidiaries, including OnStar, a global leader in vehicle safety, security and information services, can be found at http://www.gm.com.