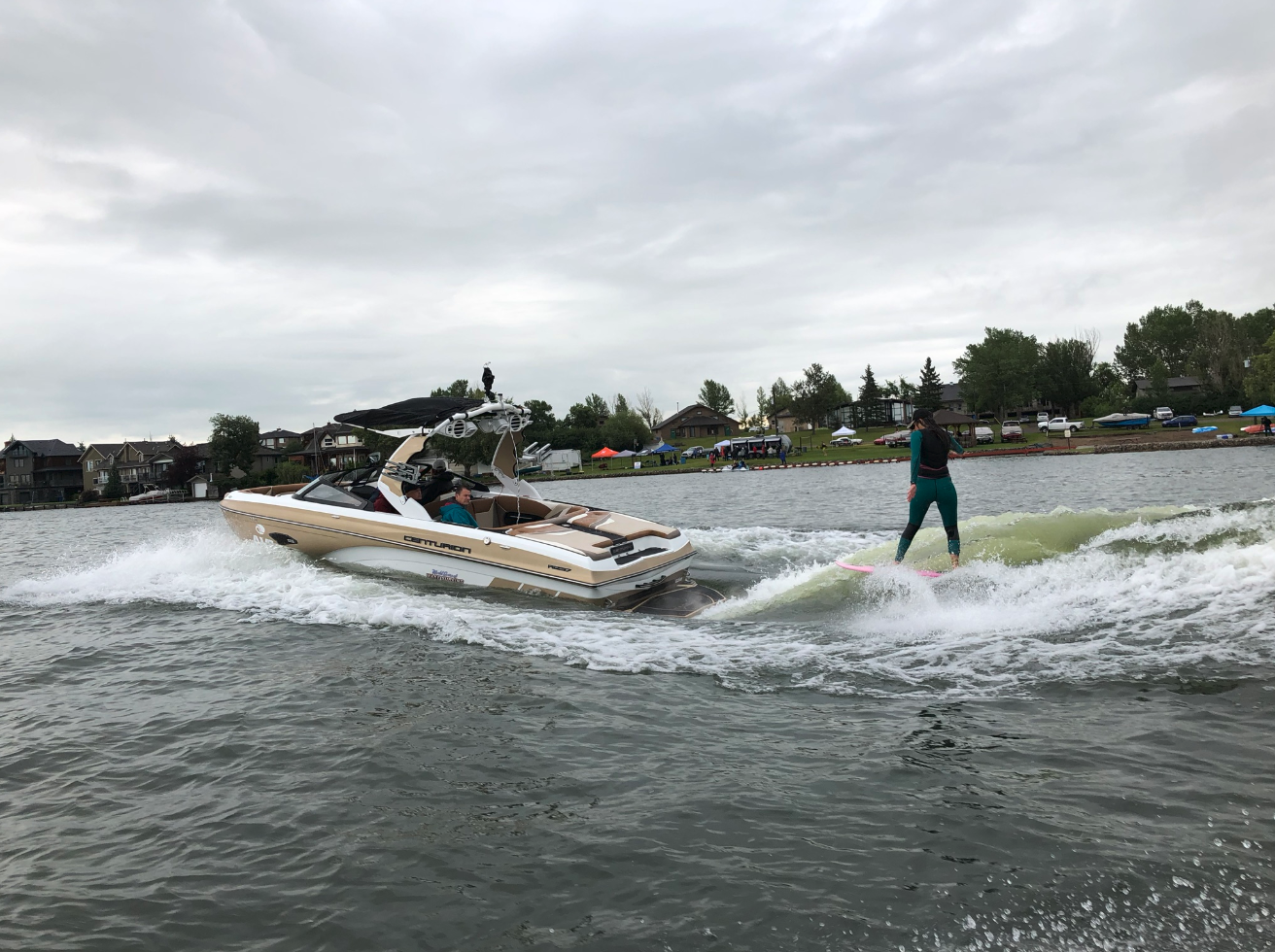 ALBERTA, CANADA (July 20, 2019) – The inaugural Alberta leg of the Centurion Boats Water Proof Tour, presented by Roswell Marine, kicked off today to a flurry of wake surfing action. Hosted by Absolut Water Sports, Saturday’s first day of competition featured a morning and afternoon of excitement with riders in five divisions (pro, amateur, masters, and juniors) completing their first run of the two-day event. Each surfer was judged in their various divisions on four categories; degree of difficult, intensity, variety, and execution.

The rain and clouds couldn’t stop the top wake surfing talent in the world as the surfers showed off impressive tricks and combos despite the dreary setting. The wave on the 2019 Centurion Ri237 had surfers a buzz all day as they got big air and the perfect push to land their moves. World Champion athletes Keenan Flegel and Connor Burns were just two of the Centurion Boats team riders who go off to hot starts as they finished first and second on the day in Men’s pro surf. In addition, Flegel competed in skim style and also sits in first place in the Men’s Pro Skim division after one day of action. On the women’s side of things Sara Tallon and Caro Villeneuve shredded as they sit first and second in Women’s Pro Skim after the first day of competition. Other Centurion Boats team riders Jarrett Scribner, Zane Montgomery, and Zoey Montgomery also put themselves in position to podium with good runs on day two as Scribner sits fifth in Men’s Pro Skim,  Zane Montgomery is currently fifth in Men’s Pro Surf, and Zoey Montgomery is in second in Women’s Outlaw Surf and Women’s Outlaw Skim. You can find full results and run order on the CWSA website.

Each surfer will hit the wave one more time and show their best stuff as they work to capture enough judge recognition for the win. One good run could change everything. At the end of the day we’re looking at a gripping final day of action setup for Sunday, from 8 am to 5 pm, on Lake Chestermere in Alberta. If you’re not in the local area you can still catch all the action on ourlive stream presented by Wake Surf 365 who is also broadcasting the event. Don’t miss out as the best waves and wakes on the lake are put to the test.