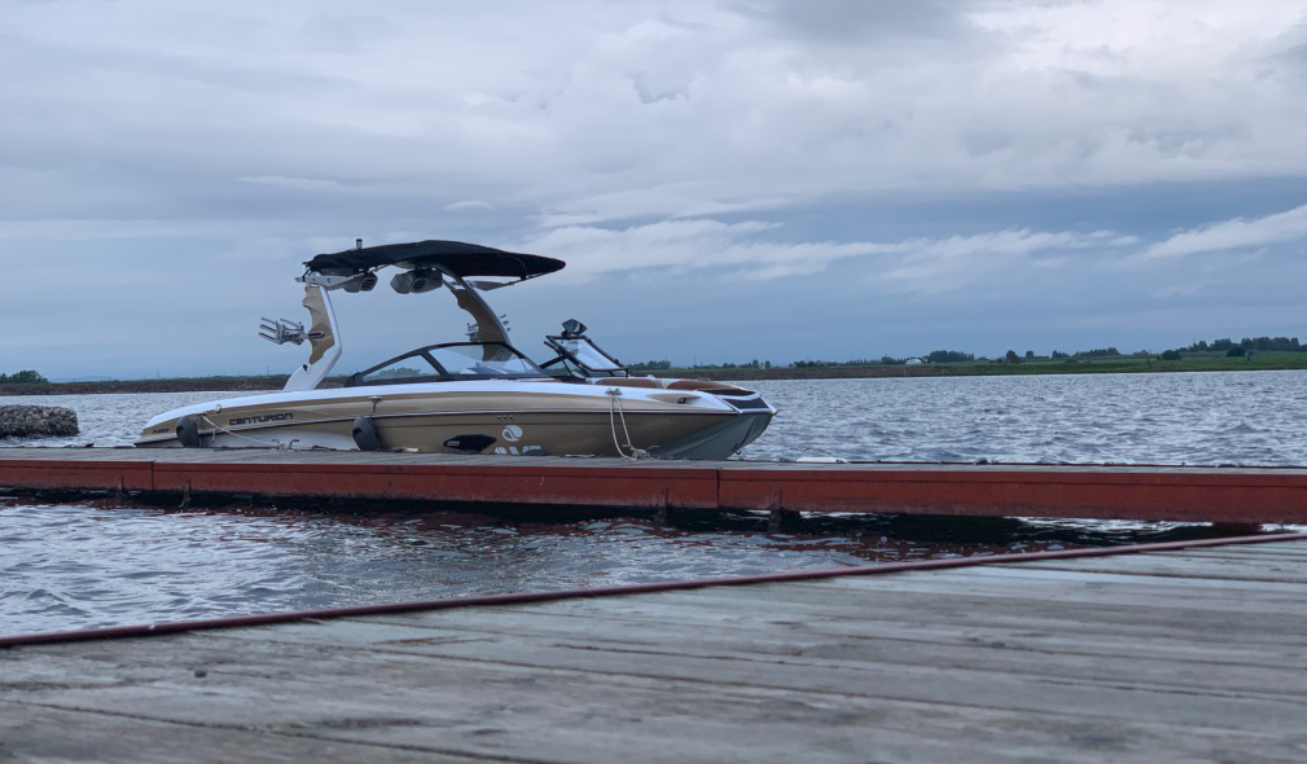 ALBERTA, CANADA (July 21, 2019) –The inaugural Alberta stop, hosted by Absolut Water Sports, of the Centurion Water Proof Tour, presented by Roswell Marine, wrapped up Sunday afternoon as surfers grabbed, kicked, and pumped their way up and down the Ri237 wave making their final run of the two day event. Saturday’s first day of competition was set with cloudy skies, but despite the gloominess many Centurion team riders jumped out to the front of the pack putting themselves in good position to podium on day two. The 2019 Centurion Ri237 was the perfect boat for the event as it gave a consistent and powerful wave which served as an excellent performance stage for surfers on both days of action.

Centurion boats team riders made the most out of their time in the north, when all was said and done three of the four pro divisions featured at least one Centurion rider at the podium. Keenan Flegel and Connor Burns dominated Men’s Pro Surf taking first and second respectively. Flegel also performed well in Men’s Pro Skim placing second in that division. Meanwhile, in the Women’s Pro Skim division, Sara Tallon and Caro Villeneuve represented Centurion in first and second position on the podium. Semi pro Zoey Montgomery also showed some killer stuff on the water, she finished second in both Women’s Outlaw Skim and Women’s Outlaw Surf. Other Centurion team pro riders had solid competitions as well as Zane Montgomery and Jarrett Scribner just missed the podium finishing fourth in Men’s Pro Surf and fifth in Men’s Pro Skim respectively.

Apart from the competition there was fun in the sun all around Lake Chestermere as demos on new Centurion models gave everyone a chance to get back behind a boat. It’s not hard to have fun when you’re shredding the longest wave in wake surfing. At the end of the day the event turned out to be a huge success. See the top three surfers in each division below and find full results on the CSWA website.

The Water Proof Tour is Centurion and Supreme’s eight stop series sanctioned by the Competitive Wake Surfing Association(CWSA) as a part of the World Series of Wake Surfing. The series has now taken the world’s best wakes, waves, and ride all over the country and all over the world with stops in Arizona, Washington, Japan, South Korea, and Canada. Don’t miss out on some of the best wake surf riders in the world and don’t miss your chance to get out on the water, we’ve got your number. Centurion boats gives you the perfect ride, every time.