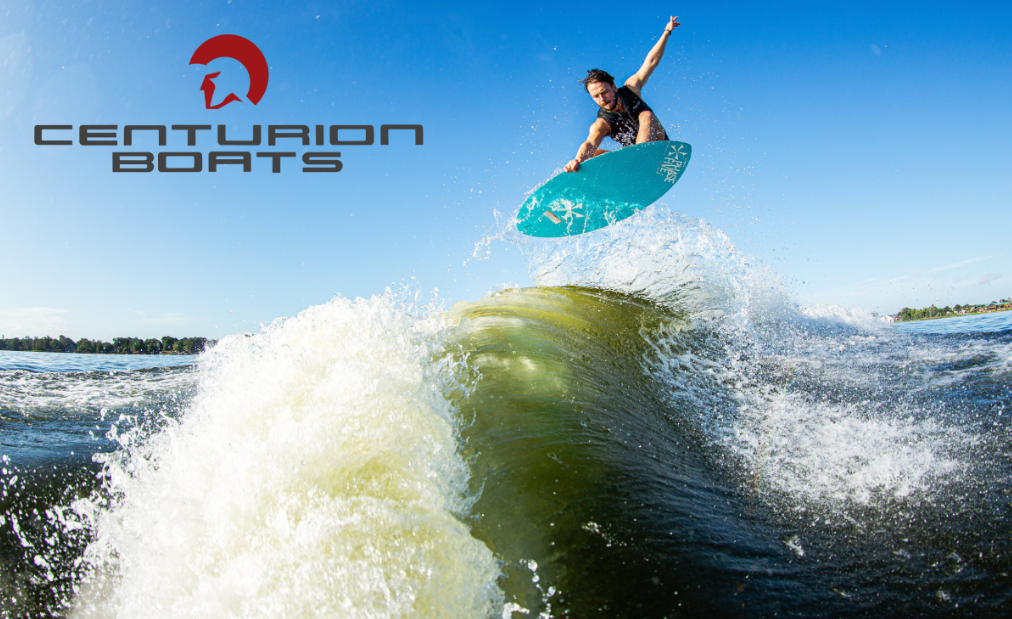 Brighton, Michigan (March 11, 2020) – The Centurion Boats pro wakesurf team is pleased to announce the addition of Nick Parros. The Michigan native has been involved in watersports for most of his life and over the past several years Nick has become a rising star in the pro wakesurf scene. Nick’s family got their first wake boat when he was ten and he was instantly hooked on wakeboarding. After a few years Nick began to see people wakesurfing and it didn’t take long before he fell in love with the sport.

In 2017 Nick had an unprecedented undefeated season in the Amateur Men’s Skim division capping it off with a first-place finish at Worlds. In 2018 Nick made the move from Amateur to Outlaw as he started competing against semi-pros. After a successful 2018 season competing in Outlaw Men’s Skim he took home 3rd at Worlds. Last season Nick made another competitive jump and started riding pro, ultimately finishing the season with a 2nd place finish at worlds. Nick’s meteoric rise in the competitive wake surf scene and his exceptional character displayed along the way have forged him into a perfect new addition to the Centurion team.

Nick loves both the sport and the community. When asked about his love of the sport Nick commented, “My favorite trick changes almost weekly. I love the feeling of landing new tricks! Through wakesurfing I have met many people and families that have become my best friends.”

Amy Mauzy, VP of Marketing at Centurion Boats, has this to say, “We couldn’t be more excited to add Nick to our pro team. Obviously he’s an incredible talent, but more than that he’s an incredible person. Nick’s strong character and values make him a perfect addition to the Centurion Boats family, we know that this new partnership will help continue to build on Centurion’s reputation throughout the following season and into the future,”