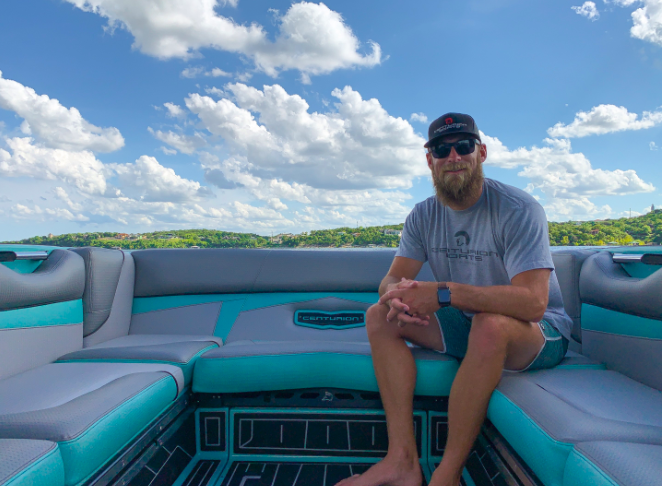 Originally from Midland, Texas, now based out of Dallas, Robert grew up in and around the water. After attending college at Texas Tech, where he received his degree in financial planning, an opportunity to join the marine industry presented itself and he never looked back. Previously covering the East Coast, Eastern Canada and a top 3 Texas Market as regional sales manager for another towboat manufacturer, Robert will be bringing an established base of knowledge to the Centurion and Supreme networks in Texas. “I was a consumer well before I ever thought about working in the industry…being able to talk to customers about my experiences and the lifestyle makes for a very healthy sales process with zero pressure on the customer” says Robert.

Robert has had his eye on Centurion and Supreme for a while now, noting not only how the brands have proven growth within the industry but also how they’ve remained true to their roots, by maintaining a healthy company structure and by leveraging aggressive yet methodical tactics to grow within the marketplace. After visiting Merced and seeing the factory, the team and build process on both Centurion and Supreme, Robert was all-in. “The company, the culture and the product make for the healthiest work environment I have ever experienced. I couldn’t be happier to be a part of this company and I look forward to growing my future and my family with Centurion and Supreme boats.”

Paul Singer, President of Centurion and Supreme Boats stated, “We are excited to add Robert’s vast industry knowledge and team first attitude to the Centurion and Supreme sales team. Robert is highly respected among his industry peers and his high character fits well within our culture. We think he will make a great impact for our brands in the Southwest.”

Primarily a wake surfer and recently married, Robert and his wife spend much of their free time on the water with friends and family, sharing the stoke with anyone who wants to learn to ride. Occasionally Robert even brings his dog out to surf with him. Robert’s gregarious personality and love of watersports are just some of the qualities that help make him a welcome new addition to the Centurion and Supreme family.