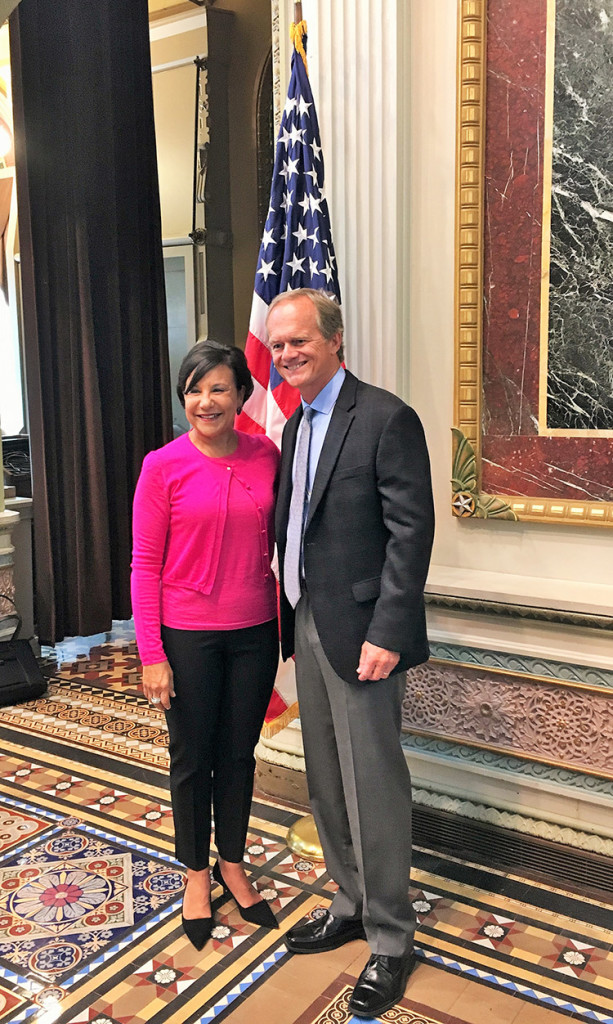 ORLANDO, FL (August 3, 2016) – Today Correct Craft President and CEO Bill Yeargin spoke at a White House meeting about the importance of free trade and infrastructure. The meeting included U.S. Secretary of Commerce Penny Pritzker, as well as staff from the Department of Commerce and the White House.

During the meeting, Yeargin presented the significance of free trade and its impact on both the boating industry and Correct Craft. Yeargin specifically focused on the importance of approving the Trans Pacific Partnership (TPP) Agreement, which the White House has sent to the Senate for ratification.

Yeargin also spoke about the insufficient investment in infrastructure by the U.S. and its detrimental impact on present and future U.S. trade.

After the White House presentation, Yeargin continued his focus on trade by meeting at the Korean embassy with Korean Ambassador Ahn to discuss trade with Korea and specifically Correct Craft’s efforts in the country.

Yeargin stated, “I was honored to speak at the White House about the importance of free trade and infrastructure to the boating industry and Correct Craft. These are critical issues that, if not addressed properly, can have detrimental long-term effects on our industry. I was also honored to once again spend time with the Korean Ambassador and express my appreciation of his efforts to promote trade between the U.S. and Korea.” Yeargin added “Finally, I value the opportunity to be a voice in Washington D.C. for both our industry and Correct Craft and I appreciate our political leaders’ willingness to listen to our concerns.”