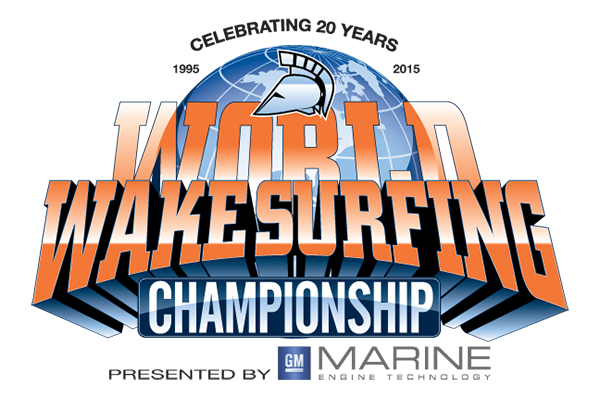 The World Wake Surfing Championship (WWSC) is the season ending competitive event for wake surfing, the sport of surfing behind a moving boat along its wake. For months, the World Series of Wake Surfing has held qualifying championship events around the globe.

Based on a competitor’s performance at one of the more than twenty-three qualifying events in eight countries, 140 of the world’s best wake surfers have been invited to the World Wake Surfing Championship for the three-day competition on September 24-26, 2015. The event hosts amateur divisions for both men and women along with pro divisions that share a record $100,000 purse. The final day, Saturday the 24th will be LIVE webcast for anyone to watch via the Internet.

GM Marine recently joined the World Wake Surfing Championship as a sponsor for the historic twentieth year event becoming the event’s “Presented By” sponsor. PleasureCraft Marine Engines (PCM), based in Little Mountain, SC is the manufacturer who is responsible for marinizing GM Marine’s engine blocks and supplying them to boat builders including Centurion Boats, the towboat sponsor of the WWSC. The GM Marine sponsorship supports the twenty year relationship between PCM and Centurion.

Jim Emmons, Director of Events for Fineline Sports Marketing, producer of the WWSC said, “We couldn’t be more excited about the relationship that we’ve developed with GM Marine through our engine supplier, PleasureCraft Marine Engines. Having a brand like GM Marine involved with our event brings a heightened level of awareness that’s critical for progressing the sport of wake surfing further. We have some big things planned for 2015 and look forward to developing this relationship further in 2016 and beyond.”

Patrick Koeningsknecht, Director of OEM Marine Sales for GM had this to say about the World Wake Surfing Championship, “GM has been in the marine industry for over 40 years and our partnership with PCM and Centurion this year reflects our commitment to excellence in marine powertrains. We are extremely proud to now be supporting the great sport of wake surfing in conjunction with PCM at the competitive level through our sponsorship of the 20th World Wake Surfing Championship.” Koeningsknecht continued, “The competition boats this year feature all-new fifth-generation engines that leverage our decades of experience with the latest technologies to deliver an unprecedented balance of performance and efficiency.”

The World Wake Surfing Championship will be held on September 24-26 in Parker, AZ on the beautiful Colorado River. The finals on Saturday, September 26 will be webcast live (http://centurionboats.com/2015wwsclivewebcast/) beginning at 8:15am PST. For reservations, the host hotel is the BlueWater Resort & Casino.