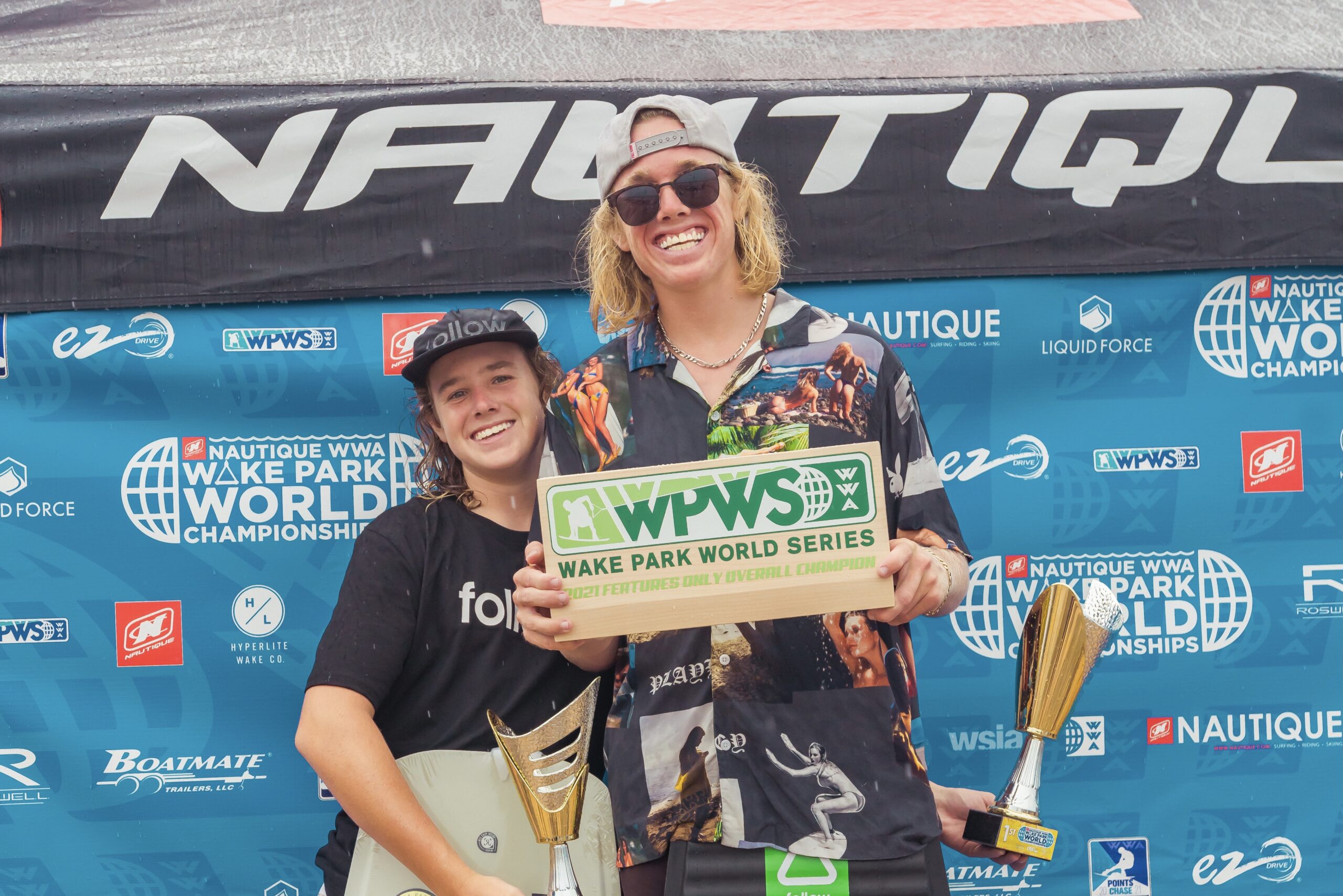 Throughout the three-day competition of cable wakeboarding and wakeskating, countries represented were the United States, Brazil, Canada, Portugal, Sweden, Germany, Iran, Hungary, England, Argentina, and Japan.  The competition has two formats: traditional and features. Traditional allows each athlete one lap on the cable by themselves. The feature format has riders do tricks over ramps and rails.

The most incredible story written over the weekend was the Stuckey family performance. Homegrown by OWC for the past eight years, all four family members literally together took home World Titles. Shannon, the mother of the Stuckey’s, won the Master’s Women Traditional Division. Jason, the father took gold in the Veterans Features Only Division.

The show on the water took place when both Stuckey brothers were first and second together in both traditional and then swapped places for the feature divisions respectively. Trent was at the top of the Pro Men’s Traditional Division podium while younger brother Gavin received second. However, Gavin won the Pro Men’s Features Division while Trent earned second place. Trent Stuckey also won the Overall World Title making him the youngest rider ever to claim.

Kellan Rudnicki, Director of Operations at Aktion Parks (parent company of OWC) stated, “What a phenomenal turnout to have 11 countries in Orlando. Our team is honored to have hosted this event. I want to give a big congratulations to the Stuckey family. They are a special group and deserve every ounce of their titles. They have been integral in helping others achieve their riding goals too. Way to go!”

Below is a full list of placements at the 2021 Nautique WWA Wake Park World Championships.

All photos by Tim McGee and Max Blakesberg.