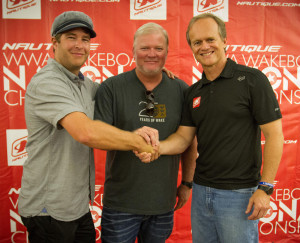 “This is a huge step in the new direction WWA is taking to lead the sport to new heights,” stated Shannon Starling, WWA President. “Connecting the already established Nautique Wake Series with the WWA Wakeboard World Series establishes the largest legitimate series of events ever in the sport of wake,” Starling added.

Each event will showcase amateur divisions, Jr. Pro Men, Pro Women, Pro Wakeskate and Pro Men making the Nautique Wake Series the only event series in 2015 giving riders of all ages, genders, and skill levels the opportunity to compete at an elite level during the entire competitive season.

“Nautique is excited to continue with the Nautique Wake Series. These world-class events were created to be a family oriented wake series dedicated to growing the sport and includes both Amateur, Jr. and Pro (women and men) divisions pulled by our award winning and industry leading G-Series boats,” stated Nautique President/CEO Bill Yeargin. “This series has created such a wonderful and rewarding competitive atmosphere for families and pros with industry leading cash prizes and the opportunity to receive an invitation to the 2016 Masters,” Yeargin added.