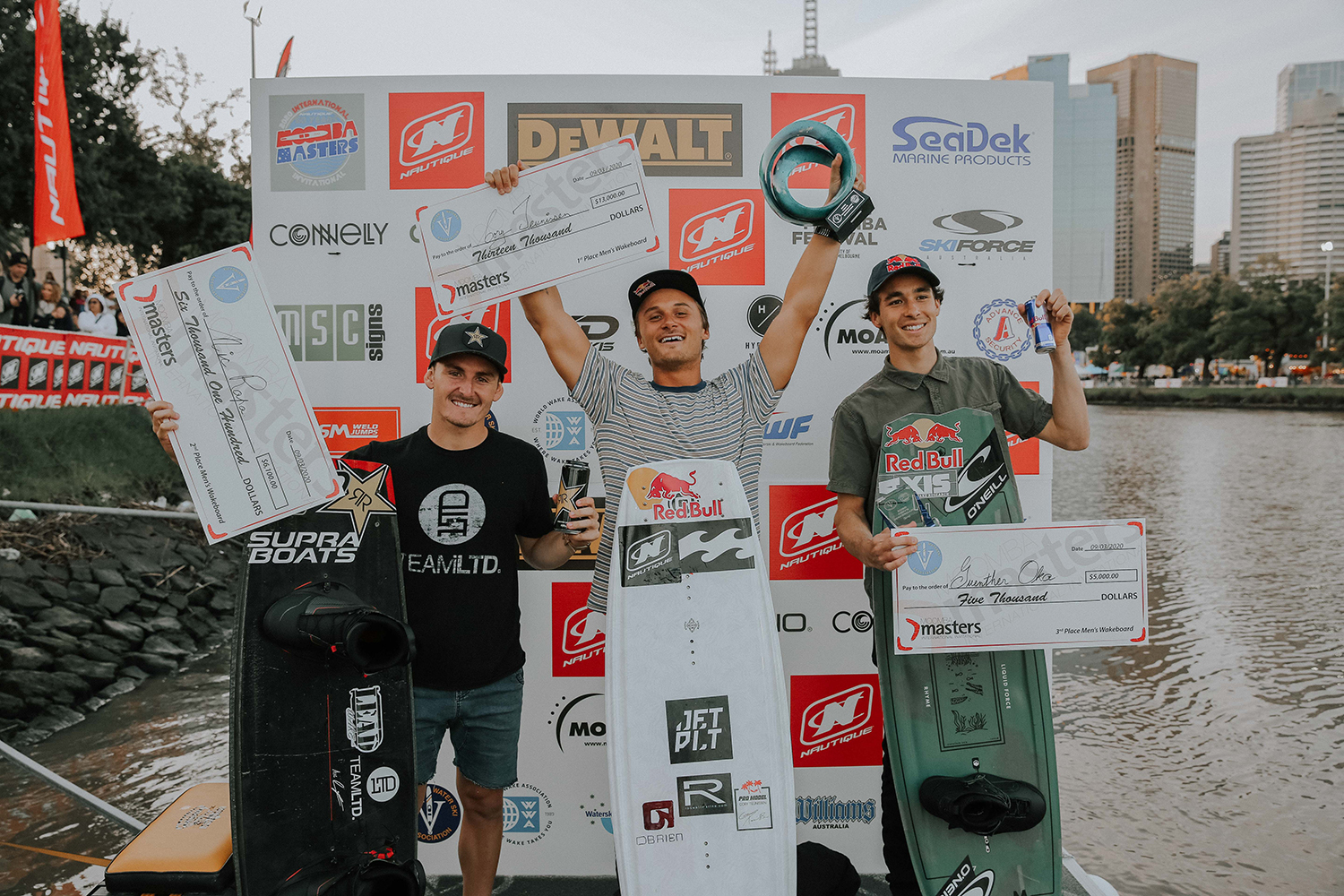 MELBOURNE, AUSTRALIA (March 9, 2020) – The 60th Moomba Masters waterski and wakeboard event concluded in Melbourne, Australia this weekend with Nautique athletes taking home titles in multiple divisions. Towed behind the award-winning G23 and Ski Nautique, the top athletes from around the globe met on the Yarra River in downtown Melbourne on International Women’s Day to see who would take home 60th Moomba Masters titles.

Nautique athletes were found across all of the podiums during the awards ceremony after turning out incredible performances. In the Men’s Wakeboarding division, it was Cory Teunissen (AUS) who won his second consecutive Moomba Masters title behind the G23. Jacinta Carroll (AUS) continued her reign of the Women’s Jump division by launching herself behind the Ski Nautique to find herself on top of the podium. During Men’s Trick, Pato Font (MEX) picked up right where he left off last season by claiming another victory and standing atop the podium yet again after an incredible performance behind the Ski Nautique. During the Women’s Trick event, Erika Lang (USA) took home the top spot with Anna Gay (USA) bringing home second place as well. Zahra Kell (AUS) also took home second place during the Women’s Wakeboarding event after she put down two stunning passes behind the G23 on the Yarra River.
“Our Nautique team felt right at home here at the Moomba Masters behind the award-winning G23 and Ski Nautique,” said Nautique President Greg Meloon. “When it was all on the line they delivered incredible performances and took home victories to kick-of the 2020 contest season. I’m looking forward to tracking the action all year long!“

About Nautique Boat Company: Nautique is celebrating its 95th anniversary of delivering excellence in the marine industry. A subsidiary of Correct Craft, Nautique has been on the waters of the world with a passion for innovation since 1925. Delivering the very best waterski, wakeboard and wakesurf boats on the market, Nautique continues to drive progression with their award-winning technology and dedication to building the highest-quality boats imaginable. New technology, performance innovations and attention to detail are the cornerstones of what makes the Nautique brand the industry leader. Through the Nautique Cares initiative, employees and athletes dedicate themselves to not only making a difference on the water, but to extend their support to people in need around the world. The world’s best ski boat, world’s best wake boat, and a company that cares. To learn more visit Nautique.com