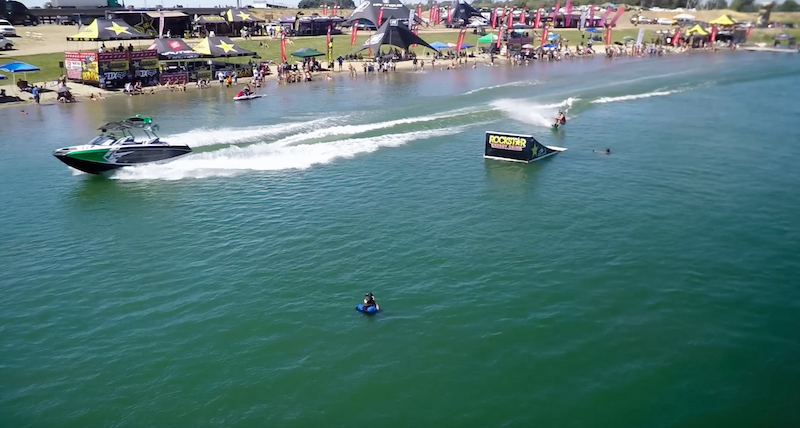 Orlando, FLA (December 22, 2015) – Today Nautique Boats and the World Wakeboard Association have announced that Nautique has been selected as the title sponsor and official towboat of the WWA Wakeboard World Championships through 2018.

The WWA Wakeboard World Championships will now become the fifth and final event of the 2016 Nautique Wake Series season. The only event series to include all amateur divisions, Jr. Pro Men, Pro Women, Pro Wakeskate and Pro Men; the Nautique Wake Series gives riders of all ages, gender, and skill levels the opportunity to compete at an elite level during the entire competitive season.

“I am very excited to open this new door to the future with the original sponsor of the WWA 27 years ago, Nautique Boat Company, stated WWA President Shannon Starling.  Nautique and the WWA have been strong partners and friends since the beginning of our sport.  With Nautique Boat Company’s extensive global reach and the WWA’s commitment to grow the sport around the world the opportunities are limitless.”

The award-winning Super Air Nautique G23 has been selected as the official towboat for the World Championships. Since its introduction the Nautique G-Series has become legendary, known worldwide for producing wakes that have catapulted progression in wakeboarding, wakesurfing and wakeskating.

“We are very excited to have the Wakeboard World Championships back under the Nautique banner where it belongs. The best wakeboard events in the world should be towed by the best wakeboard boat, and the G23 has proven to be the ultimate wakeboard boat,” stated Nautique President Greg Meloon. “The Nautique Wake Series has grown tremendously over the last three years and the addition of the World Championships fits perfectly as the culminating event.”