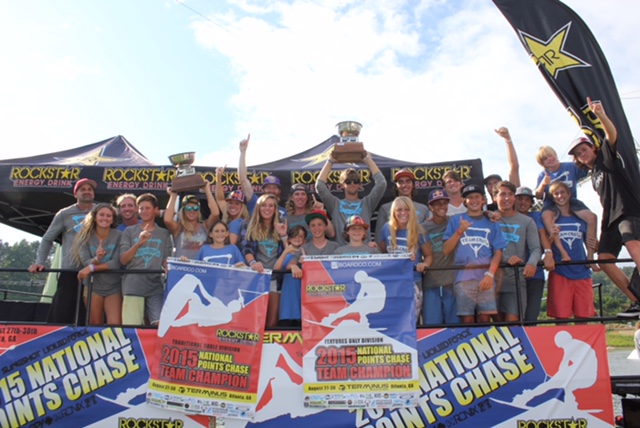 Founded in 2010, The National Points Chase consists of two weekly series (Traditional & Features Only) hosted throughout the summer at cable wake parks across the United States. The final event of the season, the National Points Chase Championship is the largest cable wakeboard event in the United States. Competing against over 335 riders representing 20 cable parks, Team OWC took 1st in both Traditional and Features, edging out longtime rival Texas Ski Ranch.

Aktion Parks Manager Ryan Malone stated, “We are absolutely thrilled to be taking home trophies for both major Points Chase competitions! The atmosphere at the event was electric and it was great to see our team pull together and dominate the competition.”

Team Captain Theo Koester added, “It’s great to bring home a win but the time we share on and off the water is even better. We are very fortunate to be supported by Aktion Parks and all the riders and families that supported the OWC Team to make it to Nationals – without them, none of this would be possible.”

Aktion Parks, a subsidiary of Correct Craft, delivers customers an active, watersports lifestyle that is safe, healthy, family friendly, and environmentally conscious. Aktion Parks owns and operates both Miami Watersports Complex and Orlando Watersports Complex, one of the first cable wakeboard parks in the U.S. and one of the most well-known parks in the world. To learn more about Aktion Parks visit www.aktionparks.com or follow us on Facebook at www.facebook.com/aktionparks.