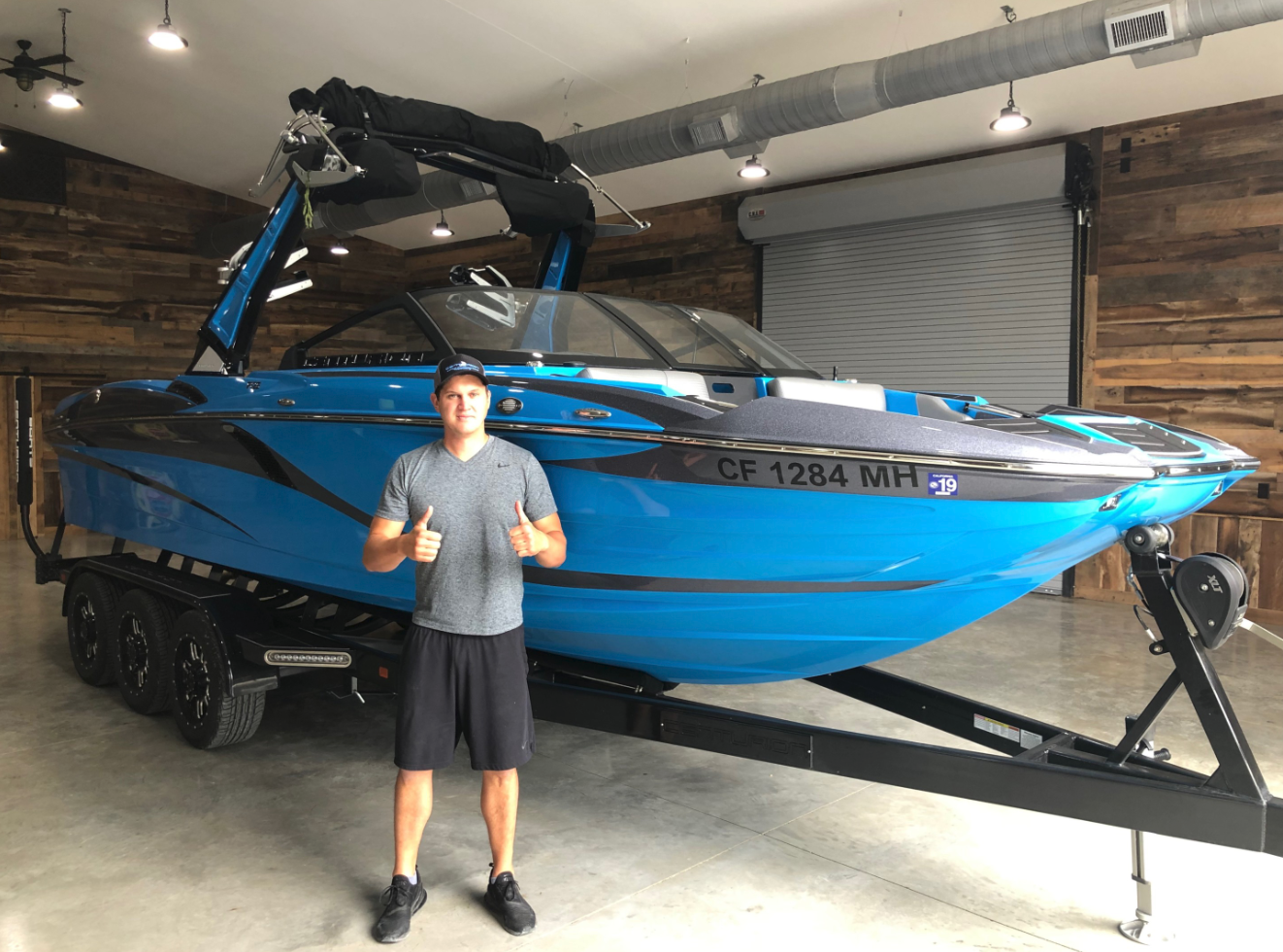 MERCED, CA (June 14, 2019) — Platinum-selling artist Jon Pardi is celebrating the second year of his partnership with the Centurion Boats Brand. Pardi is excited to take delivery of his 2019 Centurion, the all new Fi25, and is teaming up with Centurion Boats – the World’s Best Wave, Wake, & Ride. Whether on the water or on stage, the 2019 summer is guaranteed to be an All Time High!

“It has been incredibly fun to watch Jon’s career blow up” says Centurion Boats President Paul Singer. “There’s a parallel to Jon’s rapidly growing popularity and the crazy growth of the Centurion Brand. We are excited to spend more time on the water with Jon. Our entire team will be doing our best to catch as many of the Pardi Shows this year! Jon’s unique Country Style has us looking forward to many years of partnership.”

Jon Pardi’s PLATINUM-certified album California Sunrise (Capitol Records Nashville) debuted at #1 on Billboard’s Top Country Albums chart earning him CMA New Artist of the Year and ACM New Male Vocalist Of The Year. Pardi dominated the top of the country music charts with consecutive #1 hits including 2x Platinum-selling songs “Dirt On My Boots” and “Head Over Boots,” and Platinum-certified “Heartache On The Dance Floor.” California Sunrise is the follow up to Write You A Song (Capitol Records Nashville), which debuted at #3 on Billboard’s Top Country Albums chart and yielded Top 10 GOLD-selling song “Up All Night,” “What I Can’t Put Down,” “Missin’ You Crazy” and “When I’ve Been Drinkin” (all co-written by Pardi). Pardi made National TV appearances on NBC’s “Late Night with Seth Meyers,” NBC’s “TODAY” and ABC’s “Good Morning America,” and landed on several Best lists including the Los Angeles Times, Rolling Stone Country and Rhapsody. In 2018, he was featured in two large-event TV commercials including appearances during the Super Bowl and Grammy Award broadcasts. He has toured with country music forerunners; Eric Church, Dierks Bentley, Luke Bryan, Zac Brown Band and Dwight Yoakam. The West Coast native and fast-rising newcomer received multiple first-ever nominations at the 2017 CMA Awards, CMT Awards, ACM Awards, AMA Awards and iHeartRadio Music Awards. Pardi is currently touring nationwide with Dierks Bentley’s Burning Man Tour and promoting his Top 10 single “Night Shift.” For more information, visit http://www.jonpardi.com/.