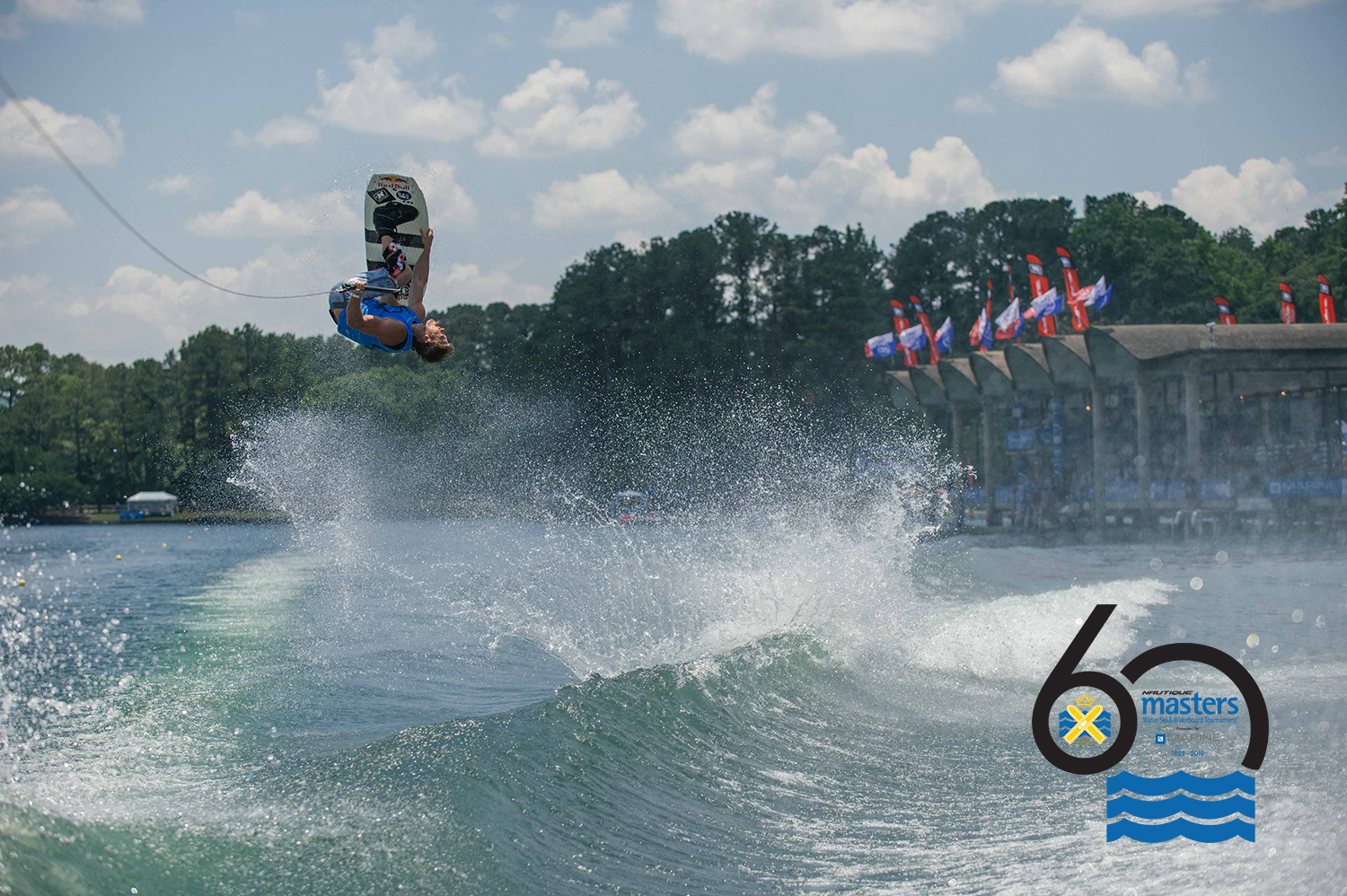 Pine Mountain, GA (May 25, 2019) – The world’s best waterskiers and wakeboarders were out today at the 60th Nautique Masters Water Ski & Wakeboard Tournament® presented by GM Marine Engine Technology. All of the athletes were gunning to earn their spots in the final rounds tomorrow behind the award-winning Ski Nautique and Super Air Nautique G23. During the Pro Women’s Tricks semifinal there were six women vying for four spots in the final round taking place tomorrow. In the end, it was Nautique team athletes taking the top 3 spots and punching their tickets into the Final round tomorrow. Anna Gay (USA) won the heat with a score of 10,220 followed by Erika Lang (USA) and Neilly Ross (CDN). Coming in fourth spot and earning her spot into the final round was Giannina Bonnemann (GER).

The Pro Men’s Trick semifinal round saw Nautique athlete Pato Font (MEX) take the top spot after getting a score of 11,370. Also making their way into the finals were Adam Pickos (USA), Martin Kolman (CZE) and Thibaut Dailland (FRA).

The Pro Women’s Slalom event witnessed team Nautique athlete Whitney McClintock Rini (CAN) ski flawlessly behind the record-breaking Ski Nautique grabbing 3@39-off. She will be joined by Jaimee Bull (CAN), Manon Costard (FRA) and Regina Jaquess (USA) in the finals tomorrow.

In the Pro Men’s Slalom semifinal, the crowd watched as Freddie Winter took first place after running 5@39-off. There was a three-way tie for second place between Will Asher (GBR), Thomas Degasperi (ITA), Stephen Neveu (CAN) all running 4.5@39-off. We’ll see all four of them in tomorrow’s final round.

In Pro Women’s Wakeboarding, Dallas Friday (USA) and Meagan Ethell (USA) both won their semifinal heats riding super smooth behind the G23 and locked in their place in the Finals. Joining them will be Tarah Mikacich (USA) and Nautique rider Erika Lang (USA) both advancing as well.

On the Pro Men’s Wakeboard division, Nautique rider Cory Teunissen (AUS) stole the show and rode incredibly smooth behind the Super Air Nautique G23. He landed a 1080, and a mute double half cab roll amongst others to punch his ticket into to the Finals on Sunday. Nic Rapa (AUS) also won his heat with an insane run, and Nautique rider Mike Dowdy (USA) and Harley Clifford (AUS) both grabbed a second place finish in their heats and will be making it to the Sunday final round as well.

Team Nautique athlete Jacinta Carroll (AUS) continued her reign of dominance by taking the semifinal top spot in the Women’s Jump division with a 179 feet (54.7m) jump. She was followed by Regina Jaquess (USA) with a 176 foot (53.8) jump, Hanna Straltsova (BLR) with a 171 foot (52.2m) jump, and Giannina Bonnemann with a 167 foot (50.9m) who all earned their place in tomorrow’s final round.

The Men’s Jump semifinals rounded out the day with Nautique rider Ryan Dodd and Freddy Krueger tying by both jumping 222 feet (67.6 m). Igor Morozov (RUS) also advanced with a 218 foot (66.5m) jump and a third place finish, and also advancing into the final round was Taylor Garcia (USA) with a 217 (66.4m) jump.

During the Adaptive divisions, it was an incredible site to watch Connor Poggetto (USA) have an amazing performance behind the Ski Nautique as well as the G23. Daniele Cassiolo (ITL) also impressed the crowd with his jumping, trick skiing and slalom runs as a blind athlete. Craig Timm (USA) and Tony Mullis (USA) also put on exhibitions that were nothing short of inspirational for anyone watching.

An invitation to compete in the Masters is universally considered an acknowledgement of achievement for reaching the pinnacle in a given watersports discipline – only the world’s most elite athletes compete at the Masters. To view the 2019 criteria please visit the Masters website. This tournament is sanctioned by IWWF/USA Water Ski and WWA.

About Nautique Boat Company: Celebrating 94 years of excellence in the marine industry, Nautique is a subsidiary of Correct Craft and has been on the waters of the world with a passion for innovation since 1925. Nautique is known to push the envelope of possibility on the water, and our owners have come to expect nothing but the absolute best. The Ski Nautique has been reinvented as the lightest ski boat on the market, the G-Series has won numerous awards for wakeboard boat and wakesurf boat of the year while unlocking new possibilities in wakeboarding and wakesurfing, and our GS-Series has given families endless days on the water without compromise. Through our Nautique Cares initiatives we’re dedicated to not only making a difference on the water, but to people in need around The world. The world’s best ski boat, world’s best wake boat, and a company that cares. To learn more visit Nautique.com.