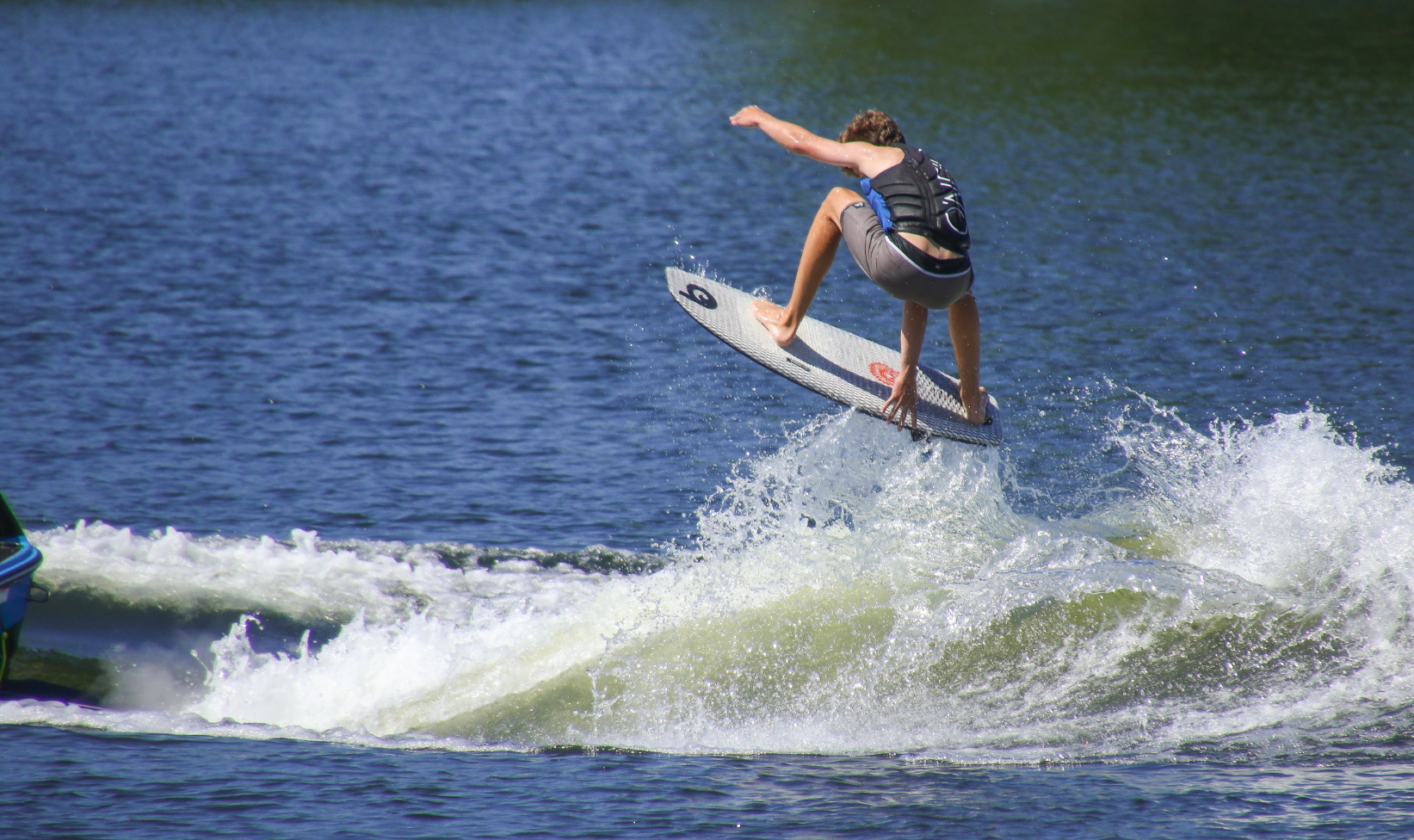 SEWARD PARK, WA (JULY 13, 2019) – The 2019 Supreme Northwest Wake Surf Open, hosted by Lynnwood Motoplex, kicked off this morning as some of the top wake surf talent in the world took the waters of Lake Washington at Seward Park. The Washington leg of the Water Proof Tour, presented by Roswell Marine, featured exciting action all morning and afternoon as riders in five divisions (pro, amateur, masters, and juniors) competed in their first run of the two-run event. Each surfer was judged in their various divisions on four categories; degree of difficult, intensity, variety, and execution.

Despite a few rollers sporadically during the day the surfers showed incredible stuff. The Supreme ZS232, the boat towing the event, gave riders a powerful surf wave with plenty of push and room to try a diversity of tricks and combos. Many surfers noted that the length of the wave’s sweet spot surprised them during their run. Near the end of the day legendary wake surfer and Centurion Boats team rider Ashley Kidd, who won every tournament she competed in during the 2014, 2015, and 2017 seasons, threw down landing a multitude of tricky combos including a front side air 180 into a switch shove.

All in all, the stage is now set for an exciting finish July 13th from 8 am to 5 pm at Seward Park on Lake Washington. If you’re not in the Seattle area you can still catch all the action on our live stream presented by Wake Surf 365 who is also broadcasting the event.

For full day one results you can visit the Supreme Wakesurf Championship on Facebook or NWWSG on Instagram.

About Supreme Boats: There is a growing movement of people embracing the Supreme life with the only affordable premium towboat on the market. With performance, style, simplicity and strength built to maximize fun on the water, Supreme Boats are the fastest growing surf and wake boat brand with industry-leading market share growth. Spend more time on the water doing what you love. It’s more fun to have fun. http://supremetowboats.com