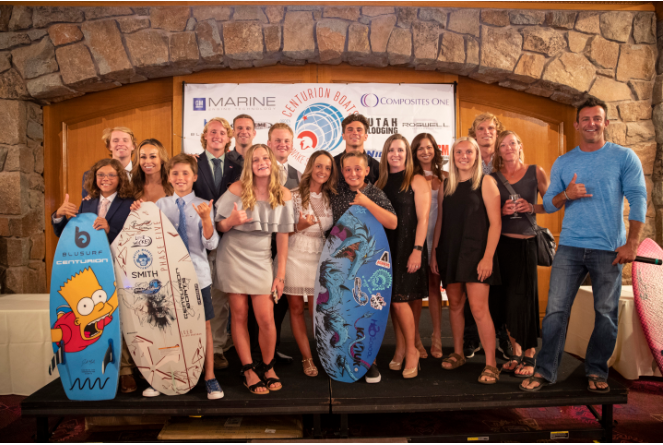 The Centurion Boats Salute to Service edition boats were the highlight of the weekend. Read more about our Salute to Service here. In addition tons of folks enjoyed demo rides on the world’s best wave courtesy of BoardCo and Fred’s Marine. The event concluded with a beautiful awards banquet at Snowbasin Resort, you can see pictures of this gala and the rest of the final competition day below. Thank you to all of the event sponsors and all of the fans who caught the action in person and online, the WWSC wouldn’t be what it is without you!