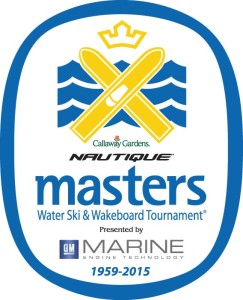 For the second year, the Masters featured a final four head-to-head competition of the top finalists from the 2014 Nautique Big Dawg World Tour. The 2014 champion and Team Nautique legend Andy Mapple performed as if he had never missed a year on Robin Lake, skiing to 1@41-off against Greg Badal who scored 4@39.5-off. Jeff Rodgers also finished with 1@41-off against Dave Miller who scored 3.5@38-off. Rodgers will meet Mapple in tomorrow’s final head-to-head round that will take place right after Pro Men’s Slalom.

The level of riding in the Men’s Wakeskate semifinal was stepped up behind the Super Air Nautique G21 with three previous Masters champions competing in tomorrow’s four man final.  In Heat #1 Brian Grubb scored 80.33 points followed by Reed Hanson. The second heat saw defending Masters champion Danny Hampson continue the consistency he has shown this season on his way to a score of 82.67 points, ahead of James Balzer who also moves through to the final round.

In other events, Women’s Wakeboarding saw Dallas Friday and Tarah Mikacich advance on from Heat #1 behind the Super Air Nautique G23. Nautique rider Meagan Ethell rode absolutely huge, setting herself apart from the rest of the field with technical tricks followed by teammate Raimi Merritt in Heat #2. The Men’s Wakeboard semifinal is always exciting as riders are forced to pull out all of the stops on every pass. Harley Clifford put up a score of 92.33 points followed by Rusty Malinoski going characteristically huge for a score of 87.67. In the second heat, defending Masters Champion Phil Soven earned top seed ahead of Nautique Rider JD Webb who’s been on fire all year.

An invitation to compete in the Masters is universally considered an acknowledgement of achievement for reaching the pinnacle in a given watersports discipline – only the world’s most elite athletes compete at the Masters. To view the 2015 criteria please visit the Masters website. This tournament is sanctioned by IWWF/USA Water Ski and WWA. Watch all of 56th Masters action live on Sunday May 24th starting at 10:00AM EST, please visit masterswaterski.com.