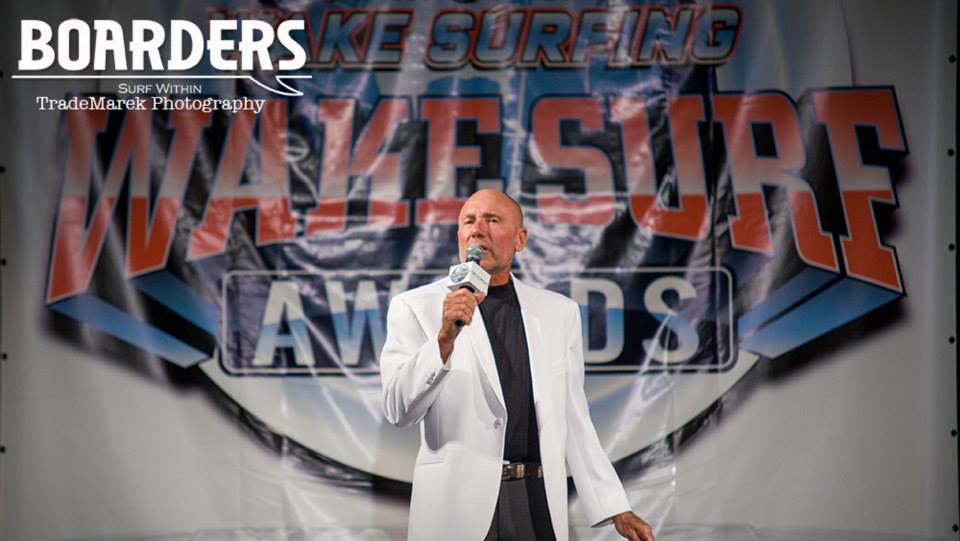 MERCED, CA (August 17th, 2021) – Rick Lee, founder of Centurion Boats, will be inducted into the Wake Sports Hall of Fame on September 10th in Orlando. Why? Because if you talk about watersports today you are bound to bring up wake surfing. Rick Lee was the first to invent a boat designed to surf behind.

Many who know Rick would tell you about his motivating, bold, and inventive personality. It’s often said that he lives on the edge and pushes the limits with innovated ideas. One week in 1995, Centurion released five new models in six days from drawings to the production floor for Surf Expo. Because of his fearless intelligence and charisma Rick inspired countless people to be creators.

Rick has always had a passion for building boats. At 11 years old he secretly built his first boat in his parent’s basement and later had to cut out a wall to get the boat outside. He first started out as a history, physical ed teacher, and coach. When Rick met his wife Pam, a renowned artist, he decided he would turn his boat building hobby into a business that would eventually lead the way for the invention of a wake surfing wave.

Rick and his wife, Pam Lee founded Fineline (later to be named Centurion Boats) in 1976 in Merced where Pam grew up. The company started with race and waterski boats. In 1983 the sport of barefooting turned to Centurion because of its racing roots to innovate a watersports boat with speed and power. Three years later, the Falcon was the first watersports V drive to come to market that boasted smooth rides and a new seating arrangement that pioneered the way for the soon to come wakeboarding market.

As riders were thirsty for bigger wakes, Rick had a moment of clarity on Lake Yosemite where he wanted to bring the market something they didn’t know they wanted, surfing behind a boat. He went to the production floor and incorporated cement into the platform to make the first wake surf wave. In 1995 Centurion sold the first wake surfing boat called the WAVE that had an elevated anchor point and a built-in ballast system. That same year, Centurion towed the first ever World Wake Surfing Championships.

From the popularity of a new sport, the company has added many accolades and even brought on a new brand, Supreme Boats. The company pushed the envelope with many inventive editions to develop the perfect wave that serves riders across the world today. When Rick decided to hand over the reins of over three decades of leadership, he sold the company to Correct Craft because he wanted to preserve the history and give employees a culture of making life better. Today, Rick Lee is still very much involved with the watersports industry by serving on the board of directors for Correct Craft. He has two sons with his wife Pam and remains an avid outdoorsman.

“I have always admired Rick Lee’s fearless innovative spirit over the years,” said Paul Singer President of Centurion & Supreme Boats. “He was light years ahead of all manufacturers when it came to boat wave development for the watersports discipline of wake surfing. When you think of wake surfing today you think of Centurion Boats. And it all started with Rick’s forward thinking.”

“Rick Lee has become a good friend of mine and someone I deeply respect. He serves with me on our Correct Craft board and his wisdom is always appreciated.” Yeargin added, “Rick has always been an innovator and that is no more evident than his impact on wake surfing, where he was an industry leading pioneer. Our industry enjoys wake surfing today largely because of Rick Lee. This recognition is well-deserved, and our Correct Craft team could not be happier for Rick!”

About Centurion Boats: Centurion is the evolution of the wake boat. This distinction wasn’t achieved through natural selection, but purchase decisions. We’ve gotten here by being open minded and by listening to our customers. Our engineers are innovating based on the buyer’s needs and the result is making lives better at every opportunity. The boats have evolved into the World’s best waves, wakes and ride. Let us prove it to you.