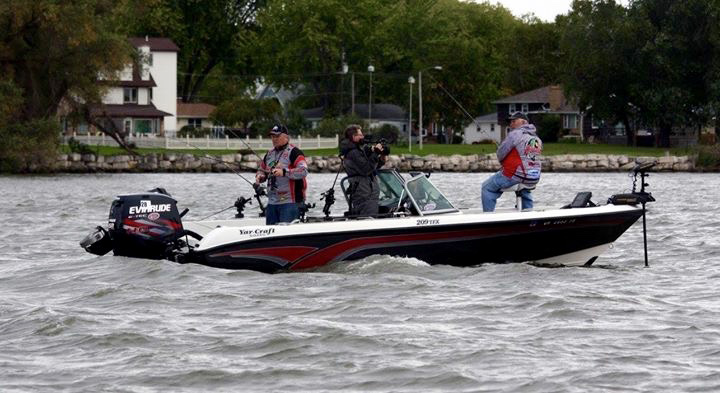 The most prestigious tournament of the MWC and Gaines first win in a major team event was held October 6th-8th on the Wisconsin waters of Green Bay and the Fox River out of Green Bay’s Metro Park.

This, however, was no easy task as they launched from the southern end of Green Bay, making a 40-mile run one way with strong winds for two of the three days. The versatility of Gaines’ Yar-Craft 209TFX enabled him to compete and maintain his lead, even when gale force winds on Day 2 forced the tournament to be held on the Fox River. With the boundaries opened up on Days 1 and 3, Gaines credits the stability and responsiveness of the Yar-Craft hull to get him to-and-from his winning spot.

When asked about the tournament performance of his Yar-Craft 209TFX, he had nothing but positive comments. “As a guide on Lake Erie, I depend on my Yar-Craft to get me through rough water every day. This boat is so stable, cutting through big waves like butter,” stated Gaines. He added, “This boat is like a ninja – so precise and delicate – it responds to the most subtle movements from the trolling motor, allowing the boat to track accurately straight, regardless of wind direction.”

Yar-Craft President Rick Pierce stated, “It’s great to see Randy rise above the cream of the competitive walleye anglers. We are glad our brand played a critical role in his victory and appreciate that he was able to push hard in the rough water.”

About Yar-Craft: Celebrating over 47 years of excellence in the marine industry, Yar-Craft (owned by Correct Craft) is the premier walleye fishing boat in the world known for excellent craftsmanship and customer service. For more information visit www.yarcraft.com.